We kindly thank Kai Frithjof Brand-Jacobsen for sending us this article.

Around the world citizens are increasingly standing upto authoritarianism, wide-spread abuse of power by elected officials and badgovernance, and demanding rational policies that don’t only benefit the few orforeign corporations. Linked to this are calls to end corruption, and thedemand that citizens be treated with respect. Romania is the latest front inthis global movement for good governance, democracy, and dignity, and it’s thepeople of Romania – with creativity, solidarity and commitment – that arestanding up, holding their government to account, and demanding a better futurefor their country.

Romania is a country of extraordinaryculture, incredible natural beauty, and a rich if often tragic history. Manypeople who’ve looked beyond headlines abroad and taken the opportunity totravel to this country have quickly fallen in love with it. Unfortunately, thewarmth, culture, hospitality and amazing energy, innovativeness and creativityof this land are far to rarely seen abroad.

At home, for nearly 20 years Romaniancitizens have experienced varying degrees of bad governance and wide spreadcorruption. Even after entering the European Union, basic services and infrastructureare failing in many parts of the country while for thousands of children inrural areas and poorer towns the education system is effectively collapsing atelementary and secondary levels. Millions of Romanians have gone abroad to findwork.

Yet this is only part of the picture.Citizens, people at every level of society, have been wrestling with what’shappening to their country, their society, and their lives, trying to makesense of it. While there has never been a broad-based, open, inclusive dialoguein the country – about what happened to Romania, what’s happening now, and whattype of society, what type of country, people want for the future – thousandsof discussions are springing up all across the country. Discussions – andaction.

Slowly – and as a result of theengagement and work of many, from artists to civil society organizations,entrepreneurs to unions, journalists and others – Romanians are beginning to realize that they can build a betterfuture. And that it’s up to them to do it.

Anyone who has spent time in Romania hascome across a warm and wonderful people. A people of intelligence, integrityand engagement, a country in which artistic and cultural expression aredeveloping and flourishing, in which civil society organizations – sometimes inchallenging contexts – are active and engaged. While governance on the whole is often poor to terrible, there are many– from local authorities to national ministries – who are doing the best theycan to address specific challenges and work to make things better in thecountry. On the whole, it’s a country that is definitely developing – throughthe energy, creativity, innovation, hope and hard work of its people. Theglaring and most obvious gap though, is the continuing absence of integrity,honest, and good governance from the country’s political leadership.

It’s up to us…parents, artists,entrepreneurs, students, workers, political leaders, citizens of this country

That’s what makes the recentdemonstrations taking place across the country so important. The core of the Salvati Rosia Montana (Save RosiaMontana) campaign has gone on for more than a decade. Its main objective hasbeen the protection of the historical and naturally beautiful area of RosiaMontana, which the Rosia Montana Gold Corporation (RMGC), majority-owned byCanada’s Gabriel Resources Ltd, have been seeking to destroy throughlarge-scale open pit mining (including the use of cyanide for gold extraction).RMGC’s project has shown a stunning legacy of corruption, bribing ofjournalists for positive coverage, ‘influencing’ of political leaders, andfailure to abide by national and international legal and environmentalstandards. While many of these past mistakes have been somewhat addressed, thestunning display of arrogance, disrespect for the people of the country, andrampant abuse and corruption have made RMGC and Gabriel Resources Ltd. nolonger welcome in the country.

For this reason, and sickened andappalled by continuing displays of incompetence, arrogance, and lack of basicgood governance from their country’s political elite, Romanians of everybackground, profession and political persuasion have been taking to the streetsand social media to protest and oppose the government’s recent measures to movethe project forward. Their demands are at once simple and profound:

To be treated with respect by political leaderselected to serve the people;

To build a better country

Demonstrations on September 1stwitnessed tens of thousands of Romanian citizens taking to the streets incities and villages across the country. Parents could be seen with theirchildren, and pregnant mothers with their unborn babies still in the womb,wanting to protect the country’s heritage for future generations. People walkedtheir dogs. Grandparents and passers by joined in. Importantly though:everybody knew what they were there for. These are people, well informed, whoare making a choice – and a demand. A choice to become involved, to work forsomething better in their country, to hold elected officials to account, toshut down RMGC and Gabriel Resources in the country. A demand to be treatedwith respect.

Romania is finding its way.Conversations once filled with complaining, cynicism and despair are turninginstead to people discussing what they are doing and what they want to do. Hopeis becoming visible daily in new businesses, new cultural events, and newengagements. By people choosing to live their lives in a different way – to bethe change they want to see in their country and in the world. The people ofRomania have decided to stand up. This Sunday there were tens of thousands onthe street. Next Sunday there will be tens of thousands more. The country istired of abuse, corruption and incompetence in its political leadership.Fortunately, it has an incredible wealth, in its millions and millions ofcitizens, now getting involved to build a better future – for themselves, andall the generations to come.

People around the world join Romaniansin standing up for the environment and dignity – „Romania, we’re with you!Save Rosia Montana!”

“Ifthe mine is stopped, it will be an environmental victory against all the odds.With an increasing number of groups across Europe fighting similar battlesagainst mining giants, the Romanian example would set a precedent for what canbe achieved even with the most limited of means.

Itsthat prospect that has kept Victor Bostinaru fighting through the years.”This is a pioneering project. If we don’t stop it, who knows what it willmean for the future of gold mining in Europe.”

Tens of Thousands MoreJoining In

NextSunday, September 8, tens of thousands more will join in a second series ofdemonstrations and celebrations for Romania taking place across the country.People who care about the environment, human rights, good governance anddignity around the rest of the world are also asked to raise their voices andjoin in, and demand Romania’s Parliament to end the RMGC and Gabriel ResourcesLtd (Canada) project in Rosia Montana.

Note from the Author: Kai Brand-Jacobsen

Ihave had the extraordinary honour and pleasure to live in Romania for the pastnearly 12 years. I consider it my home. Yesterday, to see the joy, commitment,dedication and engagement by thousands of people here in Cluj, and to seephotos of similar events in Bucharest and across Europe and around the world,was inspiring. To the people of Romania: this is a beautiful country. You are abeautiful people. You have the right to stand up – for yourselves, for a betterfuture, for the life and society you want. No one can take that from you –except yourself. And, if you do stand up, you will be standing together withtens of thousands, and eventually millions, more. With people who believe inand want a better future for this country – and who want government and electedofficials who use their time to serve and benefit Romania, not the interests ofan incredibly abusive and illegitimate foreign extractive company. For you, foryour children, and grand children, come out on September 8th. Bringfriends, neighbours, grandparents, children. Even if you’ve never taken part ina public demonstration / celebration before, come join now, and be part ofmaking your country’s future. And…thank you, for the last 12 years and more offalling in love with your country, and for much more to come. 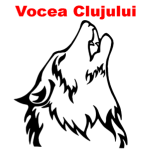 You may have missed

If you disable this cookie, we will not be able to save your preferences. This means that every time you visit this website you will need to enable or disable cookies again.

Please enable Strictly Necessary Cookies first so that we can save your preferences!

Please enable Strictly Necessary Cookies first so that we can save your preferences!